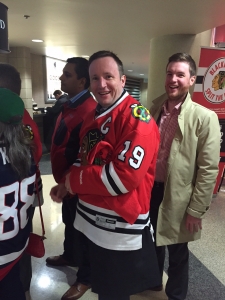 Scaling up in Chicago means finding talent. Our return to Chicago saw us watch the Chicago Blackhawks, and following 60 minutes of play the Hawks and Nashville were even stevens. What should have been a quiet work night out instead saw extended play, and we returned back to the hotel at 1am. Thankfully the Blackhawks had won, and for those of you who have never been to an ice hockey match I would thoroughly recommend watching a Stanley Cup game.

Back in England, Harry Kane of Tottenham Hotspurs is an up and coming talent. His namesake Kane of the Blackhawks is one of the stars of the Chicago ice hockey team. So where do you find talent? And specifically where do you find tech talent in Chicago.

Entrepreneurial hub 1871 was opened in the Merchant Mart in the city in 2012. We attended an Innovation event one evening with a panel discussion. The audience included tech entrepreneurs, investors and city heavy weights. Speakers included Chicago Ventures, a professor from The Kellogg School and others. Whilst the discussion was very interesting, one of panel started dishing the British as being risk averse. Upon hearing this my natural reaction was to rebuke this as I said ‘I beg your pardon’. Now this sort of rebuke would have been laughed off in Britain but not in America where they don’t understand irony in the same way we do. Of course the lady in question was right – the Brits are risk averse, as I was the only Brit in a hall of hundreds. I apologised after the panel had finished and explained how on reflection I agreed with her statement. 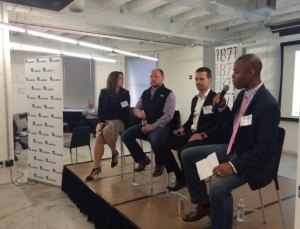 Visiting marketing agencies later in the week, I learnt that in the UK you have hit to connect with people’s heads whereas in America it’s through the head.

I guess the Hawks had touched my heart with their comeback victory, and I must now go and buy a Blackhawks shirt. As for finding talent, connecting with 1871 and with the Department of Commerce should help that. We hired two more members of staff so our talent pool is growing across cultures. And we certainly need Americans who understand the local culture to serve local customers. We are after all two countries separated by a common language! 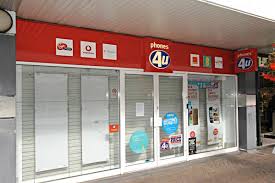 Before I set up Webanywhere in 2003 I spent 5 years in the world of work following my graduation from the University of York. My first interview involved an elevator pitch. I arrived on Mark Lane just off the Headrow in Leeds for an interview with Ian Holding, the Sports Director of TEAMtalk.com, one of the top 10 websites in the UK at the time. Ian had just bought a sandwich and we got chatting in the lift. Thankfully my first impressions must have been favourable and my name dropping of Andrew Gilligan (my cousin – a famous journalist) must have added some credibility – I had landed a temporary job. 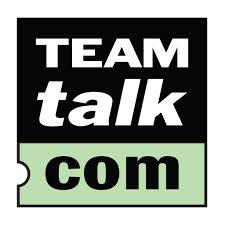 The role started out with me working just a few days a week, which soon led to full-time employment. For six months I had no contract and worked for £5 an hour until just after Christmas, when I landed a full time contract. Whilst TEAMtalk had millions of readers, it was unable to monetise its content and after three years of service I was made redundant. I was the second person to leave the business after the HR manager. Whilst TEAMtalk had grown its staff from 50 to 500 and moved to new flashy offices in Wellington Street, it had failed to generate sufficient revenues. It was acquired firstly by UK Betting plc and then lately Sky. Just this week the TEAMtalk office in Leeds has now been shut down making it the end of an era. I still have a lot of friends from the TEAMtalk days and lots of web based skills were learnt on TEAMtalk’s watch.

My next role was with the Caudwell Group in Stoke-on-Trent. Entrepreneur John Caudwell had built up his telecoms empire to include Phones4u and Singlepoint. I was employed as a developer in a start up within Singlepoint called Wizcom which specialised in mobile commerce. John Caudwell wisely sold his business to a Private Equity group a few years ago for £1.5 billion. If you’ve read the news in the last couple of month you will have seen about the closure of Phones4u. The large telecoms players were no longer prepared to do business with them which ultimately led to Phones4u’s demise and the job losses which followed.

Egg Bank was my last tenure as an employee. I was hired as a contractor for the Prudential-owned internet bank based in Derby. The lucrative contract allowed me to save the cash to start my business Webanywhere and to follow my dream. Again, not too many years ago, Egg was split and sold off. Once a darling of the internet age, Egg had failed to adapt and its credit card business was sold to BarclayCard while the Yorkshire Building Society acquired Egg’s savings arm.

So what does this mean? It means that all three of the businesses which I used to work for as a young professional have since folded. TEAMtalk had failed to monetise it’s readership. Phones4u had been too reliant on a small number of large mobile phone operators and Egg had failed to adapt and change to a heavily competitive credit card market.

Businesses are indeed fragile, and the job of the leader is to challenge your staff to change and adapt. If a business does not serve its customers and their needs then you have no business. Morrison’s (and their lack of reaction to online shopping until recently) is a good recent example of how losing touch with customers can negatively impact a business. Getting back to basics and listening to your customers is what’s important.

Webanywhere’s core value is flexibility and we co-create our software with our customers to ensure we don’t fall foul of these mistakes. Businesses which get complacent, greedy, arrogant or lack energy will fail. We must be flexible to navigate head winds and avoid some of the dangerous paths ahead.

Debt and leverage make a business fragile. Webanywhere does not have any debt and is not geared up. Optionality leads to anti-fragility and with Webanywhere operating in three locations this helps us take risk out of our business. Top-down management-planning leads to fragility, which is why we prefer bottom-up management. Finally, Webanywhere has a large customer base of 4,000 customers, so rather than relying on a few large ones we can spread our risk around.

If you find this subject interesting, have a read of the following book:
Antifragile: Things That Gain from Disorder by Nassim Nicholas Taleb, the bestselling author of The Black Swan and one of the foremost thinkers of our time, reveals how to thrive in an uncertain world.