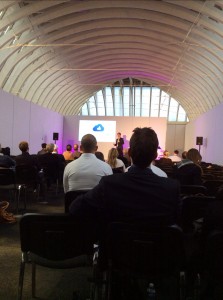 Having attended the NOAH Internet Conference in London and listened to a number of guest speaks it really has dawned on me that we are living in a special time. The Internet Age is the New Industrial Revolution and we need to educate the children of today to embrace this new phenomena. The internet is transforming many industries and it’s the new gold rush.

It is important that children learn to work with computers and not against them as this will determine career success. The reality is a lot of work traditionally done by people is being automated by computers. Mobile technology, social networks and cloud computing are creating new companies and new industries.

Hence, the need for children to learn how to code computers. Our country needs to create things and this was traditionally done by manufacturing but perhaps now it’s about creating world class software and internet companies.

Marks and Spencer is being challenged by ASOS, Blockbuster by Lovefilm and Netflix. The next generation are wanting to work when they want and where they want leading to the popularity of websites such as People per Hour, Elance and oDesk.

We must not see the internet as a threat but as a real opportunity to change the world for the better. We must educate children in the new skills for the digital age and ensure their living standards are maintained. The rise of China and India is making competition for jobs increasingly competitive so we must differentiate ourselves.